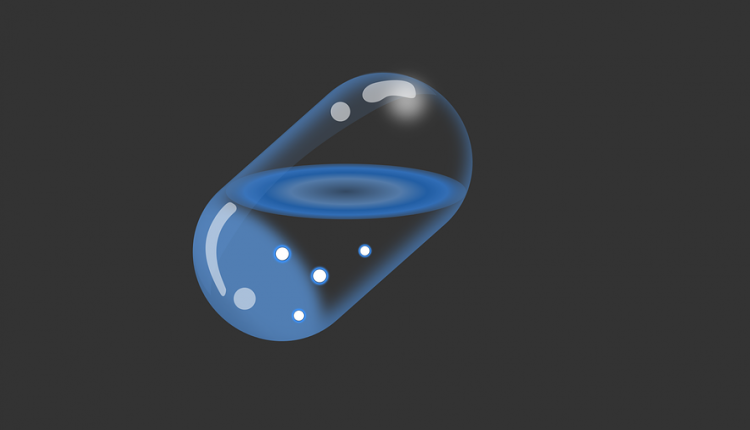 The Resistance of Antibiotic

Since the discovery of Penicillin in 1928, from the incidental observation of Alexander Flemming on his petri dish, the use of this useful compound had spread fast at that time. The antibiotic has emerged as the major treatment to cure lot of diseases, especially, around 1940s, when the world war has a death impact that spread infectious diseases from injured people. But then, a new problem emerged as the misuse and overuse of antibiotic, the resistance of microorganism to antibiotic.

In 1945, on the public speech of his Nobel laurate, Flemming already warned the presence of antibiotic resistant bacteria caused by antibiotic abuse. Then, what he said is happened since the resistance problem has started from the first Penicillin-resistant Staphylococcus1. Effort to solve this resistance is pioneered by the discovery of new antibiotics, for instance, methicillin in 1960. Two years after the introduction of this new beta lactams, Methicillin-resistant Staphylococcus came out in 1962, and nowadays, it is still a big problem because this bacterium also being multidrug resistance to all antibiotic found by scientists. The efforts to solve the resistant bacteria actually has started since the first spreading of them. But, these efforts met some obstacles, one of them coming from the pharmaceutical industries that didn’t impersonate to find new antibiotics caused by high cost and rediscovery of known antibiotics. Meanwhile, the antibiotic treatment in short time making the industry thinking that there is no longer benefit to still work on this area2.

After the impact of antibiotic for saving thousands of lives in the world war period, makes the antibiotic a value thing in the society. Whether it is infectious disease or not, antibiotic roles as the major treatment to cure the disease. Using antibiotic as the disease treatment in the society was influenced by the dogma, “long period of antibiotic should cure the disease”3. This is what we call as the wrong perception that activate the resistance dose of bacteria and lead the bacteria to maintain its immunity against the antibiotic. The dogma should be replaced by “shorter is better” to cut off the resistance mechanism in bacteria, and then kill the bacteria effectively without giving a chance to be resistance. Mostly, problems of inappropriate antibiotic use appear on the wrong prescribing to patient. Wrong doses of antibiotic given as the treatment will rise the problems in increasing antibiotic resistance by altering the gene in bacteria DNA that will further affect its gene expression. The protein will change the conformation and can not be attached by antibiotic, and mostly it appears as the indication of the bacteria altering the proteomic1 that has been induced by wrong or not appropriate dose of antibiotic.

Meanwhile, the resistance of bacteria also been predicted comes from the misuse of antibiotic as the growth promotor in the poultry. The research conducted by Miles et al. (2006) showed that the improved performance on the bird broiler given antibiotic compared to control without antibiotic4. No regulation or religion restriction at that time, giving the animal farming ideas on using antibiotic as feed in their poultry as the purpose to prevent infectious diseases that being scattered among animals, and also to enhance growth condition5. The case of antibiotic abuse in feeding program at animal farming, prompt some countries in Europe to ban this action.

Microbial resistant antibiotic is an outbreak problem appeared in the early 1960s, and until now is still being an interesting topic among the scientists. The attempt to find new drug with unique structure has led the scientist to take deeper research on bacteria genome to mine the unique gene producing antibiotic with unique scaffold. The evolution in science and technology also encourage scientists to use genome editing to create unique system in bacteria to produce specific product of antibiotic that is predicted to be the new compound with highest activity against multidrug resistant bacteria. Genome mining and synthetic biology are two tools, nowadays, used by scientists to create bacteria model that can produce specific scaffold. In addition, software to detect path of genes, containing module for antibiotic biosynthetic pathway, is used to help scientists to observe and minimize the reduplication of known compound.

In clinical practice, the use of antibiotic has been restricted on the national regulation to prevent the misuse and abuse of antibiotic. Only registered doctor or hospital that can prescribe antibiotic for disease treatment, thus to prevent the spreading of multidrug resistant bacteria. In addition, hand washing practice are really needed to be expanded, because from this movement, it also could help to stop the spreading of pathogenic bacteria3. And the last one, the management on fighting the crisis of bacteria resistance including good coordination among scientists, government, industry, and practitioners is a good way to solve the problem. It could be done by making good investment for industry and scientists to develop a high-throughput screening to discover new antibiotics. On the other hand, the government and practitioners making a good regulation to strict the use of antibiotic. Meanwhile, the government can also support to make faster clinical trial process after the discovery of new antibiotics, so it could be used for treating the untreated pathogenic bacteria.

Effectiveness of the Differential Calculus Lecture by Using Teaching Materials Based…