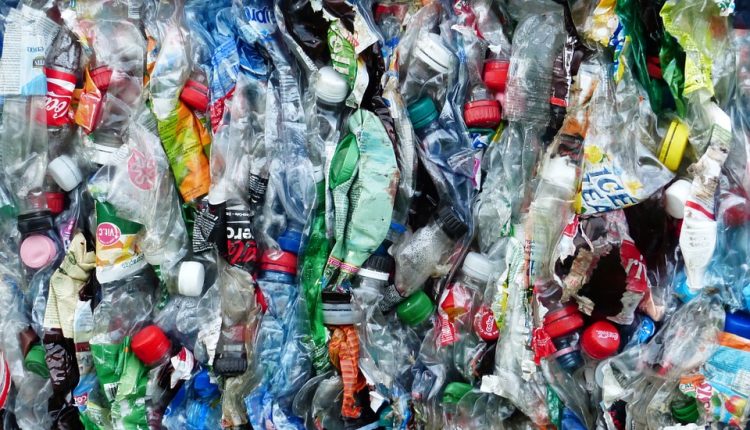 Bacteria, Heroes for the Degradation of Plastic Waste on Earth

Earth is the only planet that can be inhabited by humans today. The Earth provides a variety of resources to meet human needs. Various resources are exploited by humans with the capabilities they have. Along the times, humans have been able to create various advanced technologies in order to process the existing resources. However, with the sophistication of existing technologies precisely appear negative impacts that harm human beings and other living things on the earth.

Plastic waste is one of the negative effects present from the development of technology in human life. Human life is increasingly easy, practical, and instantly sustained by the use of plastic in a variety of fulfillment needs. For example, in the past, to meet the need of drinking water, people used to cook water taken from the well and then drink it using a glass. However, at this time, there are many various types of beverage bottles and glass drinks. With the availability of various beverages whose packaging requires plastic, it will certainly have an impact on the presence of plastic waste in the environment.

CNN reported that Indonesia is the world’s second largest contributor of plastic waste to the world after China, up to 187.2 million tons (CNN Indonesia, 2016). In fact, according to research from Greeneration, Indonesians use an average of 700 plastic bags per year (Purnaweni, 2017). Therefore, so much plastic waste is produced in Indonesia. In fact in the world, according to Purnaweni (2017), there are about 100 million plastic bottles per day used by the world community and about 1,500 bottles to waste in the ocean every second.

Bacteria are microscopic living things that can only be seen with the help of a microscope. The invisible presence of bacteria can‘t be seen. However, although invisible, bacteria have an extraordinary role and benefits, especially in treating various wastes. Bacteria have the ability to degrade waste. Degradation ability have been able to decipher the plastic components into simple elements that can later be utilized by other creatures.

Scientists from Keio University and Japan Kyoto Institute of Technology have found one of the bacteria, Ideonella sakaiensis that is able to decompose PET (Polyethylene Terephthalate) plastic; a type of plastic waste that is very difficult to be degraded. This type of bacteria is able to decompose PET plastic bottles within 6 weeks, under conditions of temperature 30OC (Akhyari, 2016). There are two types of enzymes that play a role in the process of degradation, namely PETASE and MHETase (Vidilaseris, 2016).

Based on the publication of research results in 2015 by scientists from the University of Beihan, China and Stanford University, USA there are mealworm (black beetle larvae) that can eat styrofoam (polystyrena foam). In the study, 500 caterpillar mealworms were able to spend as much as 5.8 grams of styrofoam within a month. The results of the mealworm belly analysis show that the caterpillar’s capability is due to the presence of the bacterium Exiguabacterium sp. which is able to degrade polystyrena into smaller molecules which are then converted to CO2. The breeding of the bacteria in polystyrena leads to changes in the topography of the film surface, reduced degree of hydrophobicity, the formation of carbonyl groups, as well as the reduced film weight (Vidilaseris, 2016).

From the research of Ainiyah and Shovitri (2013), it was found that inoculum of microorganisms in garbage can degrade plastic with the percentage of dry weight loss for clear plastic 1% per month, while for black plastic 1,87%. 13 isolates of soil waste bacteria capable of degrading plastics, including 4 isolates of gram positive bacillus, 8 isolates of negative bacillus, and 1 isolate of gram negative coccus.

My trip to Amsterdam

The Resistance of Antibiotic